The following quote is from Between Two Worlds: Calvin’s Death-Bed Charge to Older and Younger Men on Douglas Bond’s The Betrayal: A Novel on John Calvin (P&R, 2009).

Here’s how John Calvin wisely charged older and younger men just one month prior to his death (p. 369):

April 27, 1564, Calvin called members of the City Council to his side. Extending an emaciated hand in blessing, his body a living cadaver, he blessed and exhorted them. I render here only a portion thereof. “You older ones be not jealous of the gifts which the younger generation has received, but be glad and praise the Lord who has given them.

“And you younger men, be humble and seek not to achieve greater things than you can do; for youth is seldom void of ambition and tends to despise the opinions of others.”

Certainly something I need to hear as an ambitious young man! 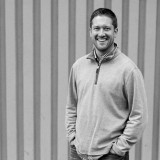 One reply on “Between Two Worlds: Calvin’s Death-Bed Charge to Older and Younger Men”

I dont understand this!!!! haha